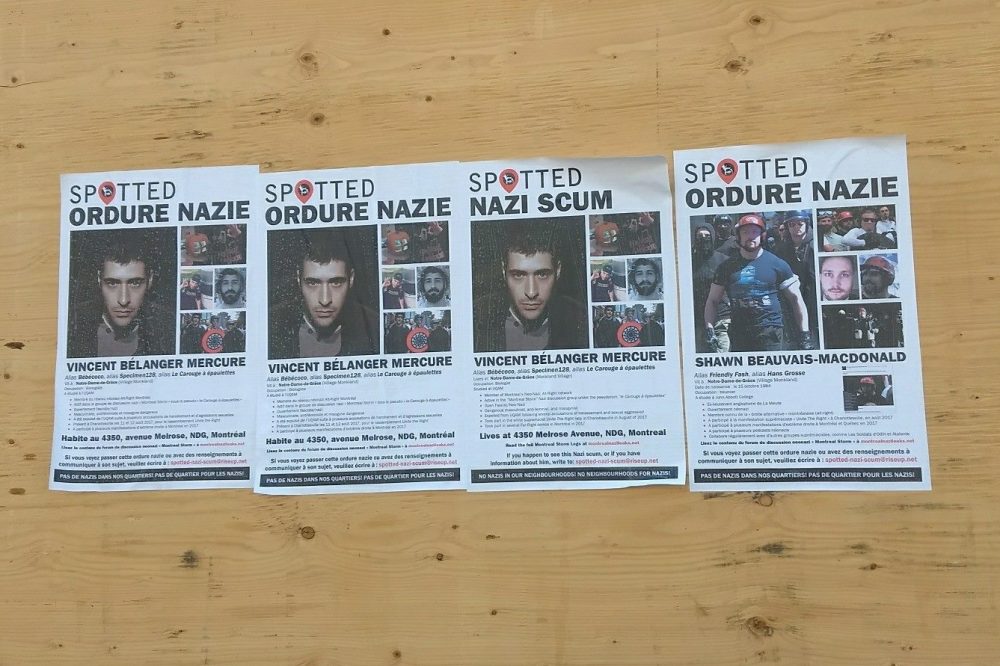 Over the last week, since the revelation that Daily Stormer honcho “Zeiger” lived in Montreal and the private forum of the neonazi “Montreal Stormer Book Club” has been leaked, hundreds of posters have gone up in Montreal to expose these nazi scumbags. Some posters contain the previously-unpublished addresses of Vincent Bélanger Mercure (4350 Melrose Avenue) and Philippe Gendron (6735 Rue Fabre).

Here are the files you can print and post yoursleves. But be careful, and watch out for the fash – some have been spotted running around their neighbourhoods removing posters of themselves.

Shawn Beavais-Macdonald in English and French 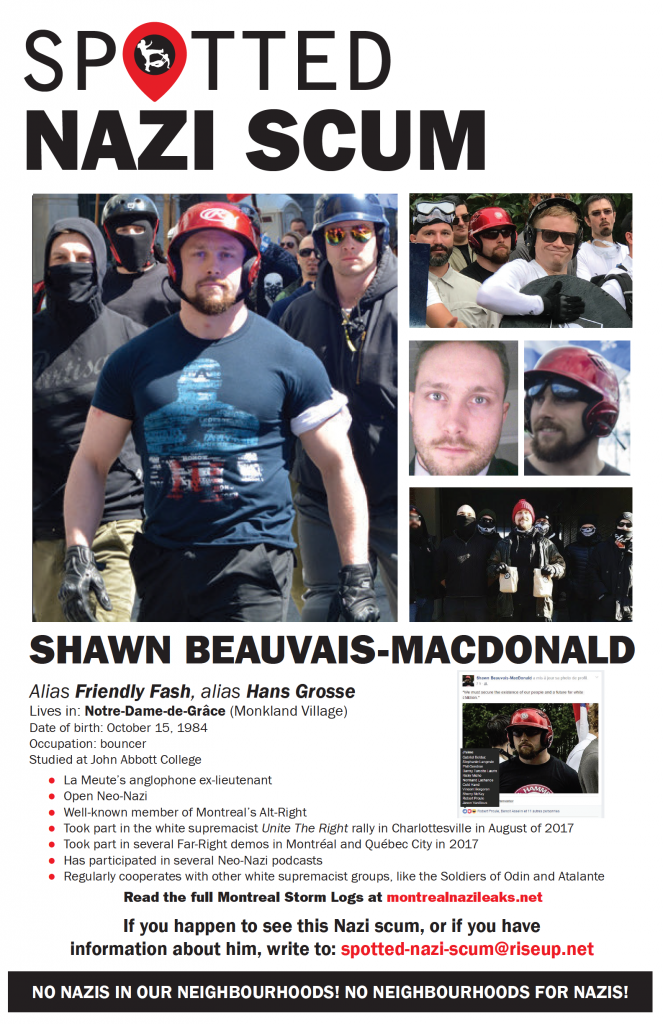 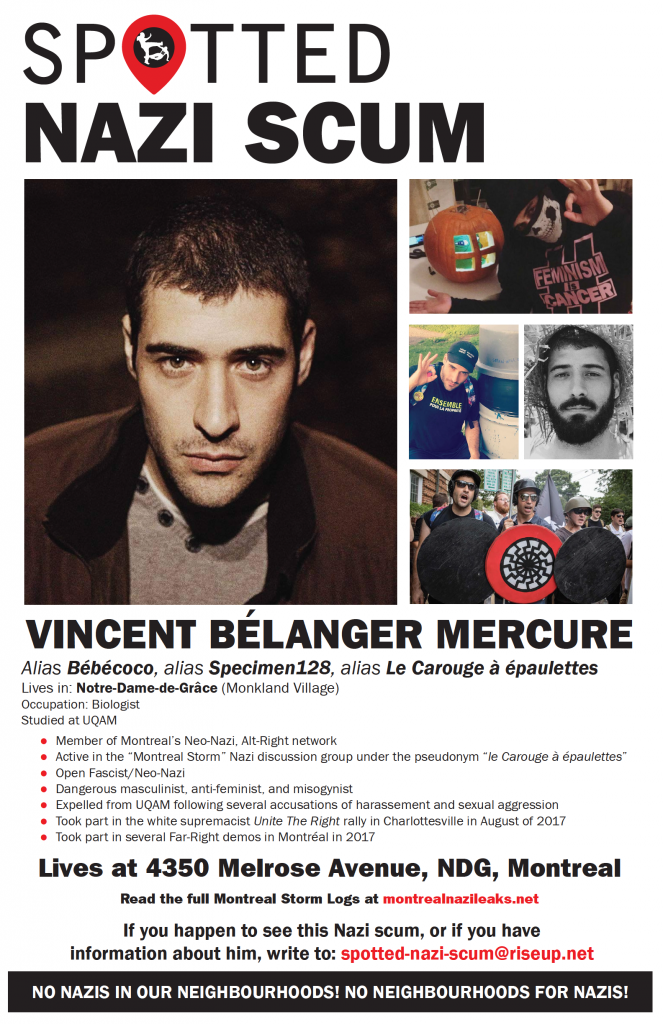 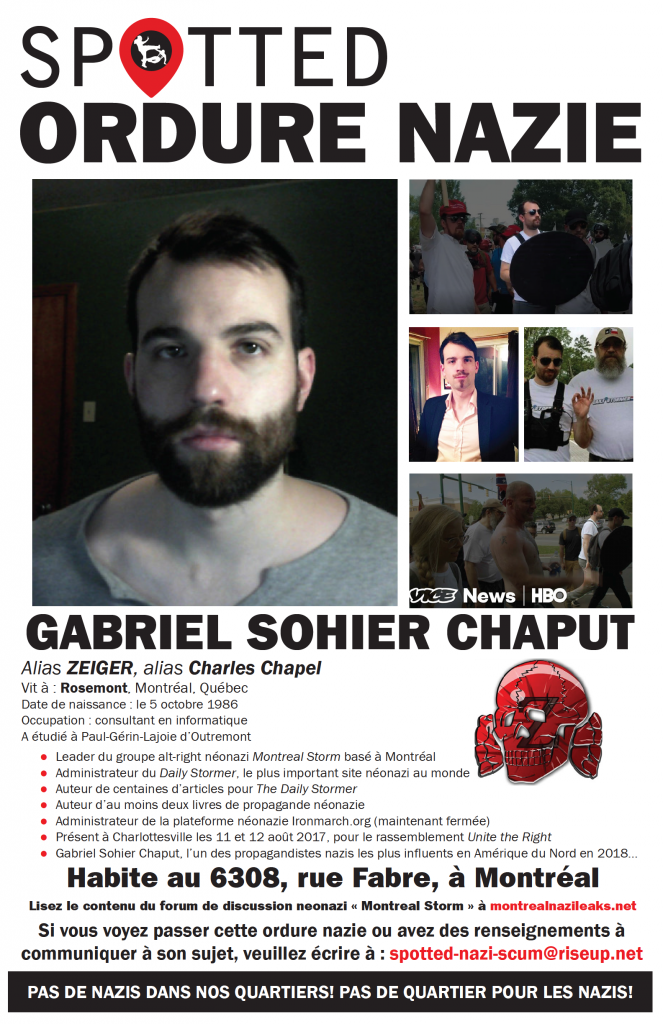 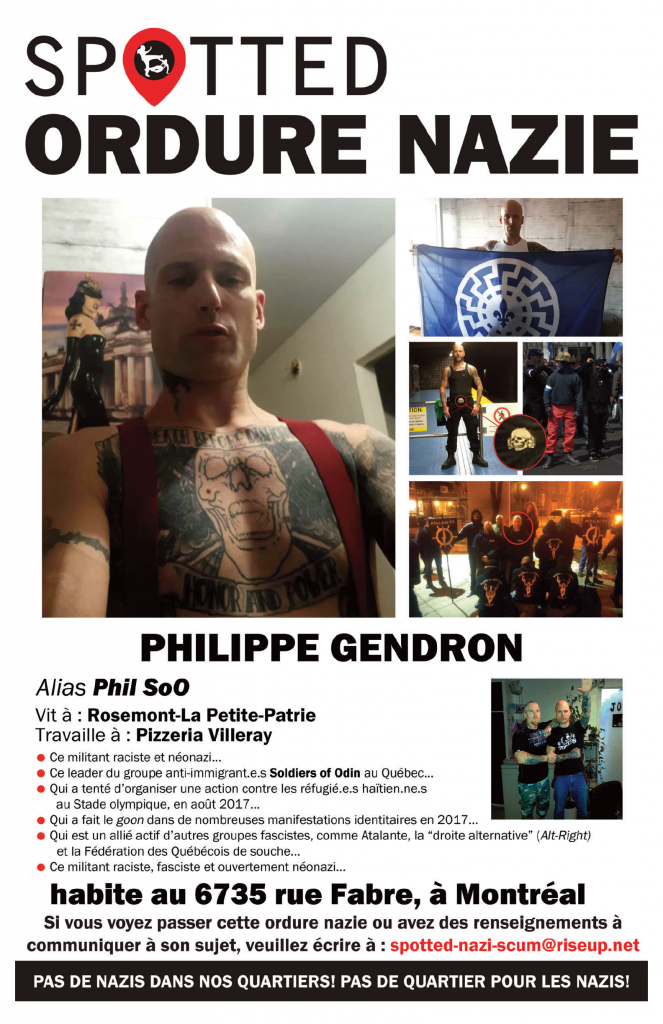 Some other losers (names unknown) in English and French. 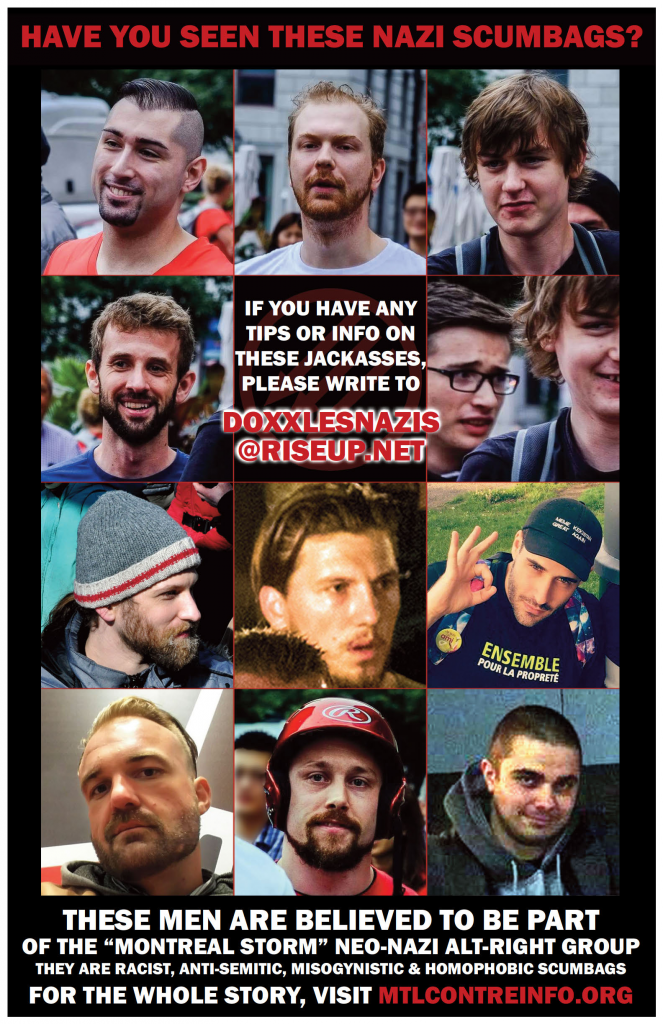