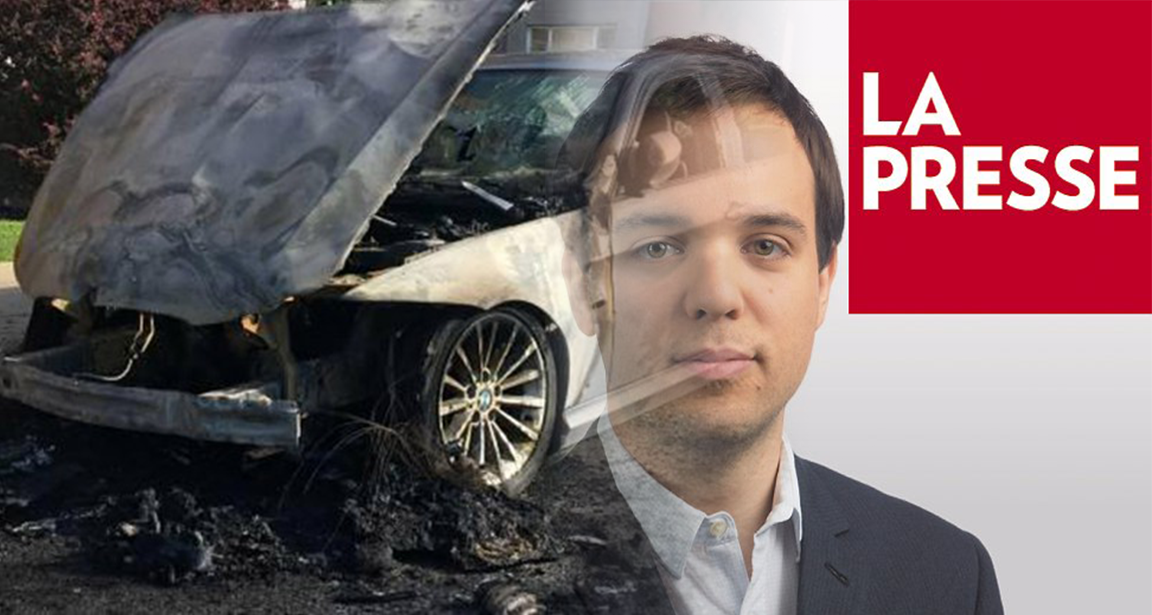 Exclusive insight into the modus operandi of the “far-left”, liberal use of simplistic grammar, words pulled directly from dictionaries: recent months have seen a recent upsurge in the number of articles signed by Philippe Teisceira-Lessard in La Presse.

As recently as November 23rd, 2017, Philippe Teisceira-Lessard allegedly published an article describing the alleged actions of the “far-left” in alleged ‘Quebec’. Through exclusive interviews with admitted ex-nazis (Maxime Fiset) and CSIS investigators, he delves deep into the dark underground of the ‘anarchists’, and surfaces with a profound analysis of the ideas and actions motivating the criminally-minded left.

We asked how Teisceira-Lessard has such detailed analysis and information about the motivations of the various actors who post anonymously on Montreal Counter-Info. When we reached out to a source who requested anonymity, we were informed that “he has insider knowledge… how else could he provide details of their intentions and tactics? How would he know that they draw inspiration from djihadist websites?”

There has been a recent upsurge in Teisceira-Lessard’s journalistic contributions. In 2017 alone, he published 54 articles, compared to only 13 in 2015. While reading through his articles from 2016-2017, we became increasingly aware of the glaring similarities between Teisceira-Lessard’s writing and the communiques that anonymously appear on Montreal Counter-Info.

“Similar to an Anarchist Blog”

As part of our investigation, we consulted technological experts who ran several algorithms to compare sentence structures and phrasing patterns from Teisceira-Lessard’s articles to those from various posts on Montreal Counter-Info. The results were, to say the least, disturbing.

In 99.2% of the comparisons, both Teisceira-Lessard and the anonymous contributors made liberal use of the following sentence structures: simple, compound, and complex. Both used subjects that employed verbs, at times linked by the conjunctions ‘and’, as well as ‘or’. What is most shocking, is that occasionally an independent clause was linked with a dependent clause through the use of the conjunction ‘because’. 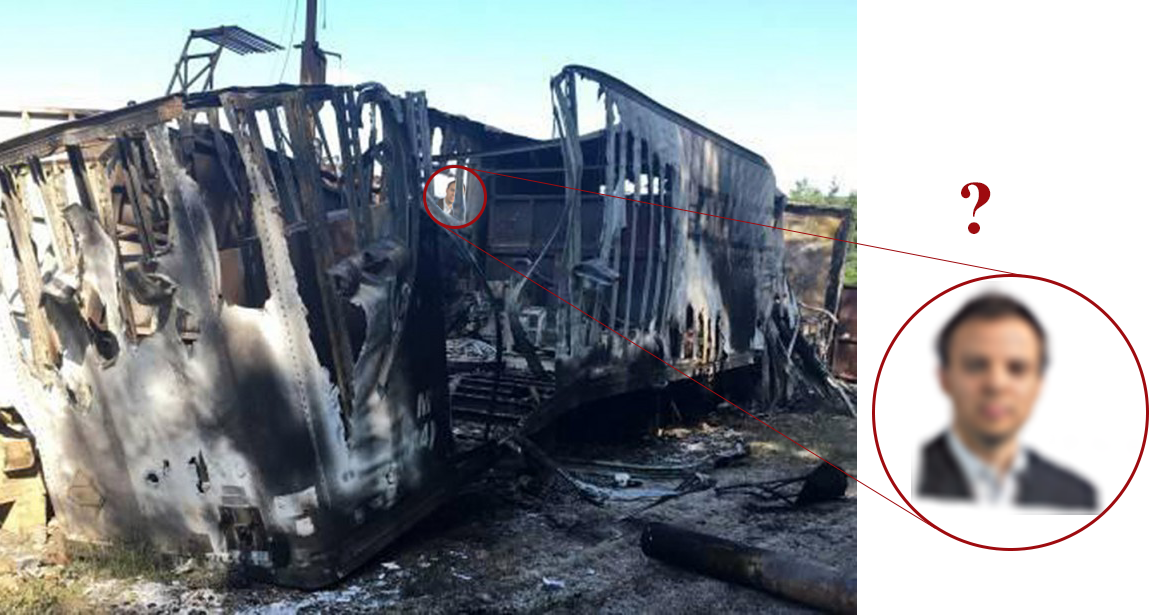 After repeated linguistic triangulations between Teisceira-Lessard’s La Presse contributions and communiques posted on Montreal Counter-Info, Ian Lafreniere, the leading researcher in far-left symbology, stated with concern that “his articles are remarkably similar to anarchist blog posts”. Below we have highlighted several examples of similarities between Teisceira-Lessard’s writing and these anonymous communiques:

“A website called Montreal Counter-Info has become the hub of the movement, and releases communiques that claim responsibility for several attacks on people and property.”

“A video released on the website shows two individuals approaching a railroad and activating paint-filled extinguishers.”

“Many yuppies decide to show their wealth in ways other than by BMWs and Mercedes.”

Editor’s note: The websites actually made more frequent use of the compound-complex format than Teisceira-Lessard, who appears to not want to cloud his writing or confuse his readership with more than two clauses.

Internet as a Means of Communication

Lapresse.com, mtlcounter-info.org, ISIS.net/recruitment. All three are websites. They publish and distribute articles and editorial opinions to a wide audience, who access this information via the internet.

By its own admission, La Presse has been using the internet to disseminate its propaganda since 1999, and as recently as 2015, converted almost entirely to an internet-based distribution model. In what we can hardly view as mere coincidence, Montreal Counter-Info also uses this platform of primarily disseminating information via the “web”, while maintaining a small distribution base in print.

The manager(s) of the La Presse website did not respond to our email inquiries. Their host, the Canadian company Namespro Solutions, refused to reveal their identity to our computer science expert Daniel Lecavalier. 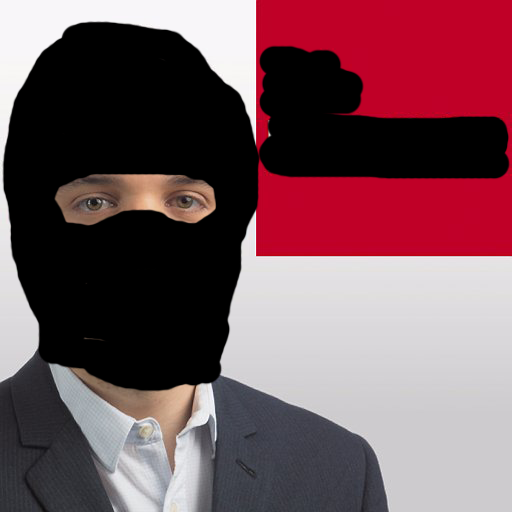 A History of Crime

Teisceira-Lessard is no stranger to the violent actions of the far-left. In April 2012, he was arrested and charged with breaking and entering and mischief for his “essential role” in the occupation and destruction of Minister Line Beauchamp’s office in Montreal.

In an interview following the events, Teisceira-Lessard admitted his involvement. “When the police talked to me about mischief, theft, and break and enter, I was in shock—these are strong words. These aren’t petty accusations!” he said with a hint of pride. Since then, Teisceira-Lessard has maintained a low profile and retreated to the seedy underground of the extremist blogosphere.

Though it is technically correct that far-right ideology has directly lead to the murder of eight muslim men, consistent racist attacks at a mosque, and an increase in violent assaults on people of colour, we cannot ignore the impact of the far-left’s actions. “We find ourselves in a situation where the far-left is as much of a problem as the far right,” says Michel Juneau-Katsuya, national security expert and ex-CSIS agent.

We approached several front-end loaders and security cameras, who would only speak to us under the veil of anonymity. In one touching testimony, a storefront window had this to say:

“These violent actions are completely unacceptable and have no place in a lawful society…in no way will I accept attacks on my family, their security, and their peace-of-mind.”

Our investigation and thorough analysis lead us to the following conclusion: if we disregard both ideology and content, there are far too many similarities between articles written by Teisceira-Lessard and those that appear on Montreal Counter-Info for them to be penned by different authors. We contacted the SPVM to request additional support of $524,937.50 to continue with our investigative operations, but their petty cash fund had recently been depleted.

We attempted to contact Teisceira-Lessard to shed some light on these new concerning allegations, but he replied only with “no comment”, a phrase he no doubt learned during his time in jail.